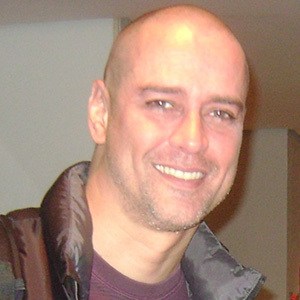 Brazilian actor known for his appearances in television. He is best recognized for having starred in the 2007 series Tropical Paradise as the character Cassio and for having played Daniel Freitas in the 2008 series Ciranda de Pedra.

His acting career first began in 1996 when he debuted as Bruno Berdinazi in the series The King of the Cattle. He went on to earn further recognition in 1997 when he landed the recurring role of Eugenio in the series Salsa e Merengue.

He is known for having won the Best Actor award at the Miami Brazilian Film Festival in 2000 for his role in O Dia da Caca.

He married Carolina Hollinger in June of 2011 and together they have one child.

He starred alongside Alessandra Negrini and Fabio Assuncao in the 2007 television series Tropical Paradise.

Marcello Antony Is A Member Of