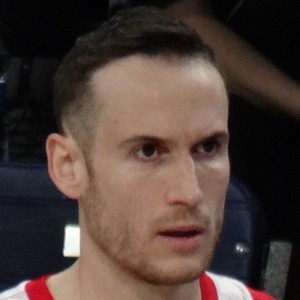 Brazilian basketball player who joined the Los Angeles Lakers at the start of the 2015 NBA season. He'd spent the previous 14 seasons playing in Brazil and Spain.

Although he grew up in Brazil, he played high school basketball in Texas before returning to his native country.

He was born to Tânia and Domingos Huertas.

He and Tarik Black became part of the Lakers' bench rotation during the 2015-2016 season.

Marcelo Huertas Is A Member Of