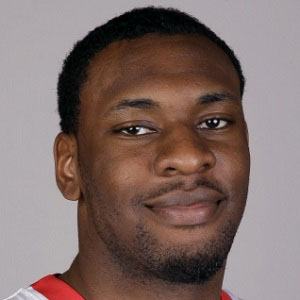 Basketball player who made his NBA debut with the Houston Rockets in 2014. He went on to play for the Los Angeles Lakers from 2014 until 2017 before returning to the Rockets for a second stint.

He won two District 15-AAA titles at Ridgeway High School. He attended the University of Kansas, where he was named Big 12 Preseason Newcomer of the Year.

He attended the University of Memphis from 2010 to 2013 and set a school single-season record for field goal percentage with 68.9 percent.

He has brothers named Amal and Bilal. He married Kennedy Raye in April 2017. They welcomed a son that following October 2017. They are currently expecting another child together.

He was teammates at Kansas with Andrew Wiggins, who would become the top pick in the 2014 NBA Draft.

Tarik Black Is A Member Of