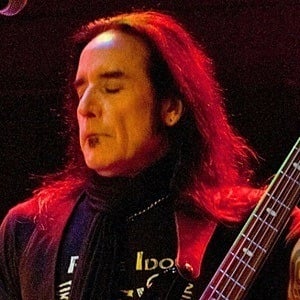 He began his career in 1989 when he played bass for Black Sabbath drummer Bill Ward on his album Along the Way.

He recorded and toured with Ted Nugent in the early 2000's.

His first solo album Live for Tomorrow was produced by Richie Kotzen.

Marco Mendoza Is A Member Of