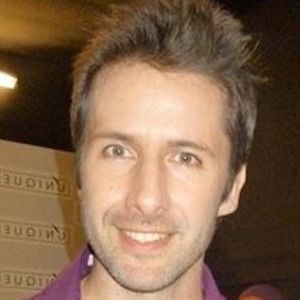 Puerto Rican-born Peruvian actor known for his role as Daniel on the show Esta Sociedad. He's starred in several Spanish-language plays like Jesus Christ Superstar and West Side Story.

He studied at both Colegio Italiano Antonio Raimondi de La Molina and Circle in the Square Theatre School. He made his TV debut in 1995.

He appeared on Broadway in a production of Chicago, playing Billy Flynn. He won the second season of Bailando por un Sueño in 2008.

Although he was born in Puerto Rico, he moved back to Peru before he was even a year old.

He appeared alongside Denisse Dibos in the Peruvian production of Chicago.

Marco Zunino Is A Member Of