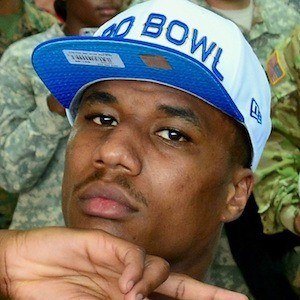 American football cornerback who was the 18th overall draft pick in 2015 by the Kansas City Chiefs. He made the 2016 Pro Bowl as a rookie, in large part due to his eight interceptions.

He attended the University of Washington to play football. After being suspended then kicked off the team for disciplinary problems as a junior, he entered the NFL Draft.

In high school, he led his team to its first undefeated season, earning Oakland Athletic League MVP honors in the process.

He, Todd Gurley, and Ricardo Lockette were the only first-year players to make the 2016 Pro Bowl.

Marcus Peters Is A Member Of