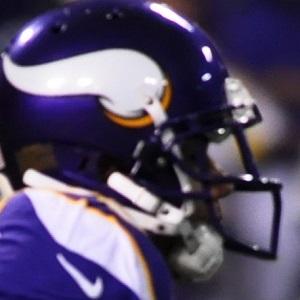 Cornerback and return man who made his NFL debut in 2010 for the Minnesota Vikings.

He played college football at the University of Minnesota.

He scored his first NFL touchdown on his 25th birthday, on a 77-yard punt return.

His brother, Mike Sherels, also played for the University of Minnesota, and has coached there as well.

He was college teammates - and friends - with wide receiver Eric Decker.

Marcus Sherels Is A Member Of