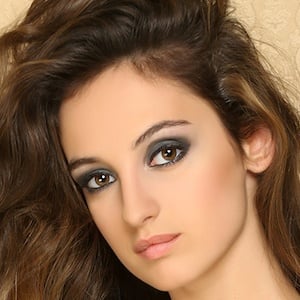 Spanish television actress best known for her recurring roles on a variety of series including on the Globomedia and PlayZ networks. She is recognized for her role as Irene in the 2018 series Bajo la Red and for having played Vanesa in the 2017 series Monica Chef.

Her acting debut came in 2015 when she first starred in the series El Secreto de Puente Viejo where she played Prado Castaneda. Her feature film debut came in 2016 when she starred as Elena in the film May God Save Us.

She is also known for her singing and for recording the hit single "El Hormiguero".

She was inspired to pursue a career in acting by her mother and brother. She began a relationship with Argentinian actor Lucas Velasco.

She starred alongside fellow actress Barbara Lennie in the 2018 feature film El Reino.

María De Nati Is A Member Of