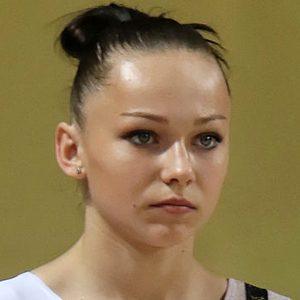 Olympic artistic gymnast who first became widely known for competing for Russia in the 2012 London Olympics. She would go on to earn silver medals in vault and with her team at the 2016 Rio Olympics.

During her junior career, she competed in the 2010 European Championships. She would make her senior debut the following year.

In 2012, she took the bronze medal in vault at the London Olympics. She also took silver alongside her team.

She was born in Moscow, Russia to Anna Kleshcheva.

Maria Paseka Is A Member Of