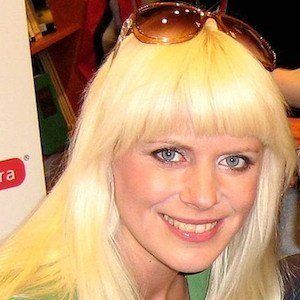 Singer who has won acclaim for albums like the gold-selling Jazz na Ulicach (2014) and served as a judge on the third and fourth season of The Voice of Poland. In 2007, she competed on the celebrity figure skating competition Dancing on Ice.

She wrote, composed and starred in her first musical at age 17. She earned a degree in piano from the Fryderyk Chopin Academy of Music in Warsaw.

She made her directorial debut with the film Women's Day (2013), which won an award at the Cottbus Film Festival.

She is the daughter of singer Liliana Urbańska and composer Krzysztof Sadowski. She married a man named Adrian.

Her album Tribute to Komeda (2006) was a tribute to Krzysztof Komeda.

Maria Sadowska Is A Member Of