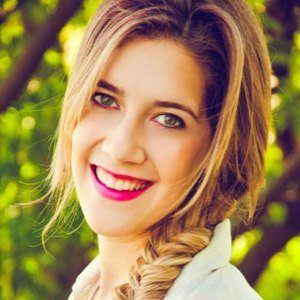 Most Popular#31618
Born in Rosario, Argentina#4
Actress Born in Argentina#22

Known for her roles in Latin American Disney Channel series such as Violetta and Highway: Rodando la Aventura. She also performed in the 2008 Argentine movie version of High School Musical.

She began taking acting classes at the age of eight. Right after graduating from high school, she won a role in High School Musical as the result of competing on an Argentine reality talent show called High School Musical: La Seleccion.

She appeared in a 2012 episode of the Disney Latin America series Peter Punk.

She was born in Rosario, Argentina to an engineer father and a doctor mother. She is the eldest of three, with younger brothers named Agustin and Ignacio.

She and fellow Disney star Jason Dolley both competed in the 2008 Disney Channel Games in Orlando, Florida.

Most Popular#31618
Born in Rosario, Argentina#4
Actress Born in Argentina#22

María Clara Alonso Is A Member Of