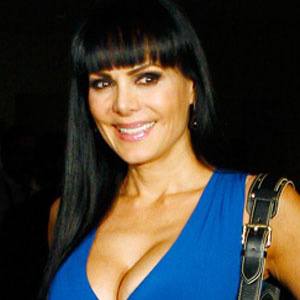 Costa Rican-born actress who appeared in such Mexican telenovelas as Tú y yo and Serafin. She was a beauty pageant contestant, winning Miss Costa Rica.

She was crowned Miss Costa Rica in 1978 and competed in the Miss Universe pageant that same year.

She co-starred with Andrés García in the 1984 Mexican film Pedro Navaja.

She had a son named Julián Figueroa with her former partner, Joan Sebastian. She married Marco Chacon in 2010.

She collaborated with songwriter Hernaldo Zuniga on an album in 2008.

Maribel Guardia Is A Member Of