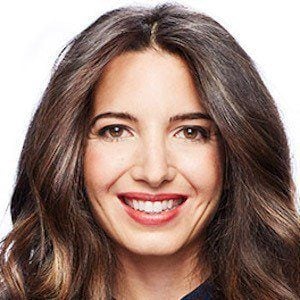 Entrepreneur who is widely known for her motivational YouTube series MarieTV. She has amassed popularity for her uplifting messages after being named by Oprah as a thought leader for the next generation.

She graduated from Seton Hall University in 1997 with a degree in finance. She subsequently worked on the New York Stock Exchange before quitting to pursue life coaching.

She has amassed more than 700,000 subscribers to her YouTube channel. She was interviewed by world-renowned motivational speaker Tony Robbins for his Money Masters DVD collection.

She was invited to South Africa by Richard Branson to mentor up-and-coming entrepreneurs at his own Centre for Entrepreneurship.

Marie Forleo Is A Member Of