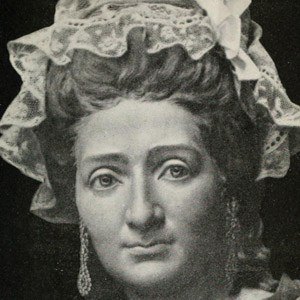 Remembered for her lifelike wax sculptures, this French-born artist established the original Madame Tussauds wax museum in London, England, in the 1830s. She created a famous wax statue of Benjamin Franklin, as well as death masks of such guillotined French historical figures as Robespierre, Marie Antoinette, and Louis XVI.

She learned the art of wax sculpting from Philippe Curtius, a French doctor and artist by whom her mother was employed as a housekeeper. In the late 1770s, she crafted her first wax work, a sculpture of French writer and philosopher Voltaire.

During the French Reign of Terror, she was arrested along with Joséphine de Beauharnais (the wife of Napoleon Bonaparte). Tussaud was set to be executed; however, she was pardoned shortly before she was to face the guillotine.

She was born in France and raised in Switzerland. After returning to her native country during the French revolutionary period, she settled in London, England with her sons Joseph and François.

She was commissioned to craft a wax death mask of murdered French revolutionary Jean-Paul Marat. The piece, along with several others like it, was carried throughout the city of Paris as a symbol of defiance against oppression and violence.

Marie Tussaud Is A Member Of