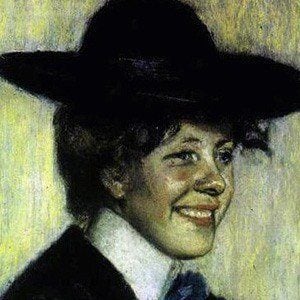 Prominent Estonian poet who was associated with the Siuru and Tarapita literary movements. She is considered one of the most significant literary figures in Estonian history.

She worked as a sales clerk at a bookshop before being discovered as a poet.

She fled with her family to Sweden in 1944 when Estonia fell under Soviet control.

She married Carl Hacker. The couple divorced in 1924, and Under married fellow poet Artur Adson.

She was a contemporary of renowned American poet Robert Frost.

Marie Under Is A Member Of