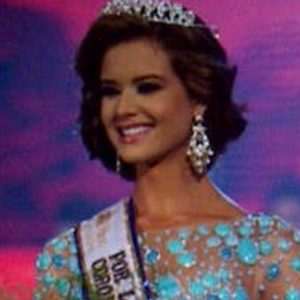 Pageant contestant and social media model who is best known for having won the Miss Carabobo 2013 pageant. She is also known for sharing a variety of her modeling photos with her over 60,000 Instagram followers.

She first began sharing her modeling photos to Instagram in September of 2012.

She is also known for having won the 2017 Chica Zulia pageant.

She was born and raised in Carabobo, Venezuela and is known for often posting pictures with her boyfriend to her Instagram.

Mariella Agriesti Is A Member Of