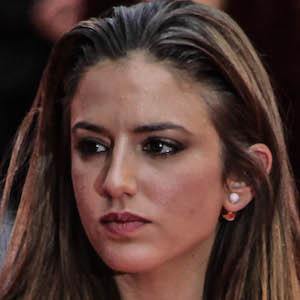 Spanish TV actress best known for her appearances in series such as Los Nuestros and Carlos, Rey Emperador.

Her first onscreen appearance was as the character Laia in El Cor de la Ciutat, a TV series, in 2005.

She has also appeared in films, including La Mano Invisible in 2015.

Her full name is Marina Salas Rodriguez, and she was born in Barcelona, Spain. Her father worked as a mechanic when she was growing up.

She portrays the character of Eleanor of Austria in the series Carlos, Rey Emperador, which stars Alvaro Cervantes.

Marina Salas Is A Member Of