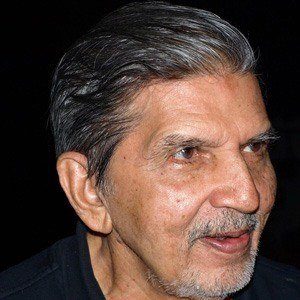 Acclaimed cartoonist whose work was published in several newspapers, including The Economic Times in Mumbai. In 1988, he was presented with the Padma Shri Award.

He obtained his Bachelor's in History from St. Xavier's College in Mumbai.

In 2012, he was posthumously honored with the Padma Vibhushan -- India's second highest civlian honor.

He lived in a village in Goa with his wife, son and pets until his death.

He was very good friends with Herblock, the editorial cartoonist at the Washington Post -- a famous paper that would later publish writings by Bob Woodward, among others.

Mario Miranda Is A Member Of