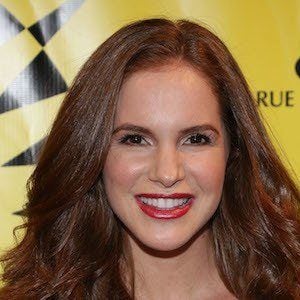 Actress who became a household name with her roles on various Venevisión series, including Las González, Ángel Rebelde and Mi Vida Eres Tú. In 2010, she signed a contract with Telemundo and began starring on such series as La Fan and Eva la Trailera.

She worked as a model before making her acting debut on the series Más Que Amor...Frenesí in 2000.

Her dance video set to husband Max Pizzolante's "Shut Up And Dance" was viewed more than 16 million times.

Her son Santiago was born in August 2017.

She was cast alongside Angelica Vale on soap opera La Fan.

Maritza Bustamante Is A Member Of