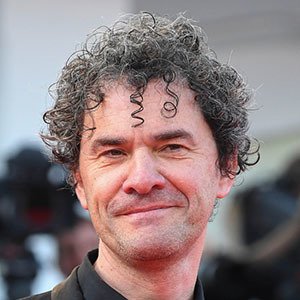 Director and film critic who is beat known for his extensive 2011 documentary The Story of Film: An Odyssey which is over fifteen hours long. He is also known for having directed the films The eyes of Orson Welles in 2016 and I Am Belfast in 2015 which he also wrote.

He graduated from the University of Stirling in Scotland where he studied film, media, and art. He made his debut as a director in 2009 when he made The First Movie. He gained further attention in 2011 when he released the series The Story of Film: An Odyssey.

He is known for having been elected as a Fellow of the Royal Society of Edinburgh in 2019.

He was born in Coventry, West Midlands in the United Kingdom. He has been in a long term relationship with psychologist Gil Moreton since 1984.

He is known for having hosted the series Scene by Scene where he interviewed several directors including David Lynch, Martin Scorsese, and Roman Polanski.

Mark Cousins Is A Member Of