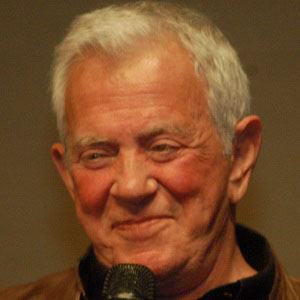 Notable for his roles in numerous "spaghetti western" films of the 1960s, Damon is also known for his performances in the 1950s war feature Between Heaven and Hell and the 1960 horror movie House of Usher. In the 1970s, he gave up acting and became a successful movie producer.

While studying dentistry, business management, and English at the University of California, Los Angeles, he decided to abandon all of these potential career paths to pursue acting.

He was one of the producers of the 2003 Independent Spirit Award-winning film, Monster. The movie earned its star, Charlize Theron, a Best Actress Oscar.

The child of Jewish parents, he spent his youth in Chicago, Illinois, and Los Angeles, California. Following a brief, early marriage to Barbara Frey, he married actress Margaret Markov and raised two children.

He was the executive producer of the 2005 Kevin Costner and Joan Allen film The Upside of Anger.

Mark Damon Is A Member Of