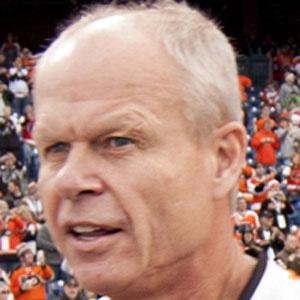 NHL Hall of Fame defenseman who led the Philadelphia Flyers to the Stanley Cup Finals in 1984-85.

He played in the Junior Championship for the Detroit Jr. Red Wings.

He led the Flyers, riddled by injuries, to a seven-game series against the Edmonton Oilers team in the middle of their dynasty run.

His father was the great .

He faced the Edmonton Oilers in the Stanley Cup Finals, one of the greatest teams ever assembled, with future Hall-of-Famers Wayne Gretzky, Paul Coffey, and Mark Messier.

Mark Howe Is A Member Of