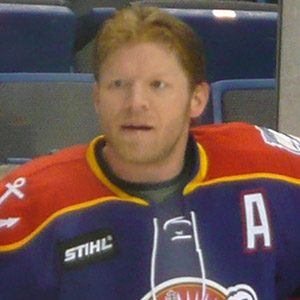 Former NHL right winger best known for his time with teams like the Minnesota Wild, where he was named team captain. He was an NHL All-Star selection for the 2002-03 season.

He was named to the West First All-Star Team as a member of the Seattle Thunderbirds in the Western Hockey League in 1998.

He has children named Turner and Gianna.

He played with Peter Laviolette on Team U.S.A. at the 2006 Winter Olympics.

Mark Parrish Is A Member Of