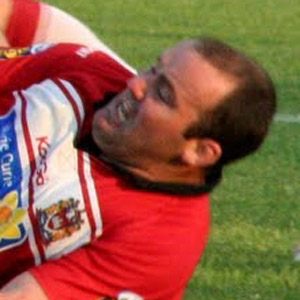 Rugby league hooker who won the 2010 Super League Grand Final with the Wigan Warriors. He also played for the St. George Illawarra Dragons and retired as the leading scorer in the club's history.

He began playing rugby at age four and made a name for himself with the Dragons in 2001.

He became the head coach of the Australian women's national team following his retirement from playing.

He was released from the final year of his contract with the Wigan Warriors so that he could attend to his mother, who had been diagnosed with cancer.

He and Sam Tomkins were teammates on the Warriors team which won the 2010 Super League Grand Final.

Mark Riddell Is A Member Of