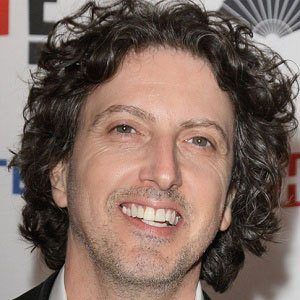 Screenwriter and producer who is best known for his work on the WB series, One Tree Hill, which ran from 2003 to 2012.

He obtained his Bachelor's degree from the University of Maryland.

He has been a prominent member of the Writer's Guild for several years.

He was raised in Pontiac, Illinois.

Mark Schwahn Is A Member Of