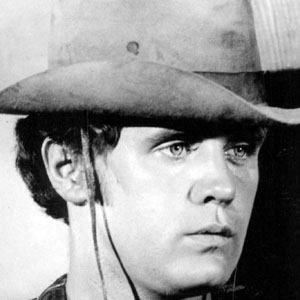 Best remembered for his role as Billy Blue Cannon on the western series, The High Chaparral.

He served in the U.S. Army Reserves during the early portion of his career.

He is also known for his talent as an illustrator, and has had political cartoons and comic strips featured in publications around the world.

His maternal grandmother was the fifth cousin of Ford founder, .

His first television role was a co-starring role with Fred MacMurray on ABC's My Three Sons.

Mark Slade Is A Member Of