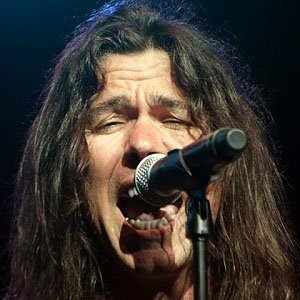 Rock and metal vocalist best known as a founding member of the glam metal band Slaughter. As the band's frontman, he sold more than 5 million albums during the 90's, singing on hit singles like "Up All Night" and "Fly to the Angels."

He was born in Las Vegas, Nevada and fronted the bands Xcursion and Vinnie Vincent Invasion in the 80's. After the disbandment of the latter, he and Dana Strum formed Slaughter in 1988.

He is an occasional voice actor who has lent his vocal talents to animated fare like Freakazoid! and Animaniacs.

He was married to Rebecca Slaughter from 2000 to 2010. He has sons named Brandon and Elijah.

He performed alongside drummer Blas Elias in Slaughter.

Mark Slaughter Is A Member Of