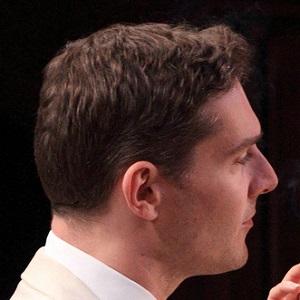 Known for his acclaimed performance in the 2012 to 2013 London revival of the Stephen Sondheim musical Merrily We Roll Along, this stage and screen performer also appeared in Royal National Theatre productions of The Merchant of Venice and Candide.

After earning a degree in Classics from Oxford University, he was cast in a BBC version of the operetta The Student Prince. He went on to make his professional theatrical debut in a Joseph Papp-directed production of another operetta, The Pirates of Penzance.

He performed with Jessica Lange in the 2007 West End production of Tennessee Williams' The Glass Menagerie and with John Malkovich in the 2005 film Colour Me Kubrick.

He was born in Harrogate, North Yorkshire, England, and raised in Wetherby, Leeds.

He appeared with Scarlett Johansson in the 2004 film A Good Woman.

Mark Umbers Is A Member Of