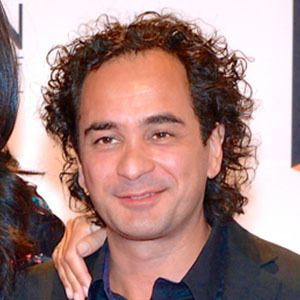 Swedish chef who is known for his work on several cooking programs on the TV4 network. He has published several cook books including Mat hemma och på krogen in 2005 and Med mycket grönt in 2009. He is also known for being the head chef behind the Tegelbacken restaurant.

His first work as a chef was through the Arlandia Hotel after finishing high school. He then went on to work for Operakällaren and later Fredsgatan 12. He made his television debut with Sveriges Masterkock as a jury member.

He was awarded with both the Arets Grona Kock and Arets Viltkock in 2000 and was named Chef of the Year in 2004 in Sweden.

He was born and raised in Uppsala, Sweden to a father who was Burmese and a mother who was Swedish.

He shared a photo of Thin Lizzy's singer and guitarist Phil Lynott to his Instagram in January of 2018.

Markus Aujalay Is A Member Of