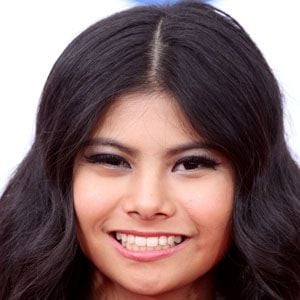 Series 6 winner of The X Factor Australia who became the youngest contestant to win the show at the age of 15. Her debut single, "Stand By You," was certified gold.

Singing since the age of 3 and before her X Factor audition, she auditioned for Australia's Got Talent but could not advance past the audition rounds. She also auditioned for The Voice Kids, but was one month too old.

Her self-titled debut album peaked at #6 on the ARIA chart.

She was born Marlisa Ann Punzalan to Lito and Andrea Punzalan. She has a brother named Martin.

She performed The Pretenders "I'll Stand By You" in front of mentor Ronan Keating and guest-mentor John Legend.

Marlisa Is A Member Of