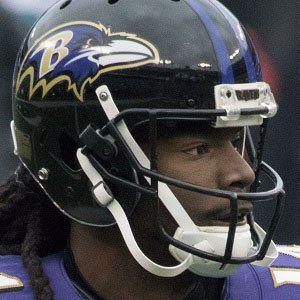 Wide receiver who began his NFL career with the Baltimore Ravens, signing as an undrafted free agent in 2013. He played four seasons of college football with the Georgia Bulldogs, receiving the Vickie and Leon Farmer Football Scholarship and the team's Most Improved Player award in 2010.

He attended Harding Academy in Memphis, Tennessee, where he was named Tennessee's Mr. Football for 2008.

He tied a Ravens rookie record for receiving touchdowns with seven.

Marlon Brown Is A Member Of