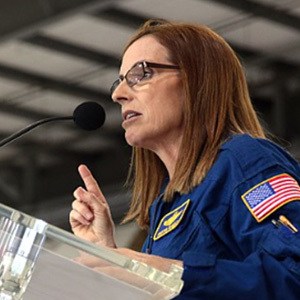 Republican politician who was elected as the U.S. Representative for Arizona's 2nd congressional district in 2015. She served in the United States Air Force from 1988 to 2010, achieving the rank of colonel.

She was the valedictorian at St. Mary's Academy, Bayview in 1984.

She was the first American woman to fly in combat following the lifting of the prohibition on female combat pilots in 1991.

She is the youngest of five children. She was previously married to Donald F. Henry.

Martha McSally Is A Member Of