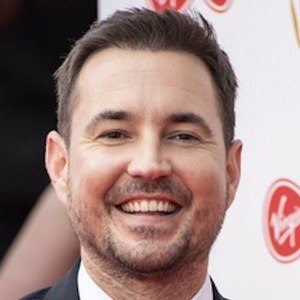 Former professional soccer player turned actor best known for his role as Detective Sergeant Steve Arnott in the crime drama Line of Duty. He previously played Ewan Brodie in Monarch of the Glen.

Before making his acting debut in 2002's Sweet Sixteen, he played youth soccer for Greenock Morton and would briefly play for their professional team.

Outside his recurring TV roles, he has appeared in feature films like The Disappearance of Alice Creed and Red Road.

He and his older brother, Barry, were born to Liz and Jim Compston. He married Tianna Chanel Flynn in June 2016.

In Line of Duty, he starred opposite Vicky McClure and Adrian Dunbar.

Martin Compston Is A Member Of