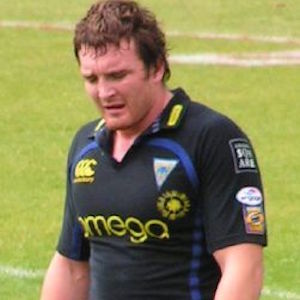 Retired rugby union centre and five-eighth known for his time with St. Helens and Warrington Wolves, where totaled 78 tries in 182 caps between the two clubs. He represented England during the 2008 Rugby World Cup.

He grew up playing rugby in Australia before returning to England and starting his professional career in 1999 with Huddersfield.

His career was marred by two major suspensions, one for four months in 2004 for betting and one for three years (half served) in 2011 after failing a drug test.

He spent his formative years in Australia, living in Queensland from 10 years old to 17. He has a cousin who was also a professional rugby league player.

He and Jamie Peacock both represented England at the 2008 World Cup.

Martin Gleeson Is A Member Of