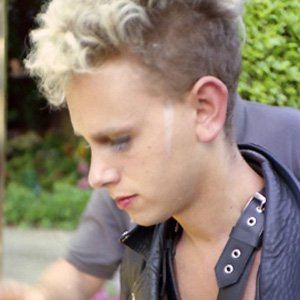 Guitarist and songwriter for the electronic music band Depeche Mode who composed "Personal Jesus," "Enjoy the Silence," and other songs.

He worked as a cashier at a bank. His first band was Norman and the Worms.

He was the recipient of the 1999 Ivor Novello Award for International Achievement.

He was raised by his mother and stepfather in Dagenham in London, England. He married his second wife, Kerrilee Kaski, in 2014, and he has three children named Viva, Ava and Kalo.

He and Dave Gahan both wrote songs for Depeche Mode.

Martin Gore Is A Member Of