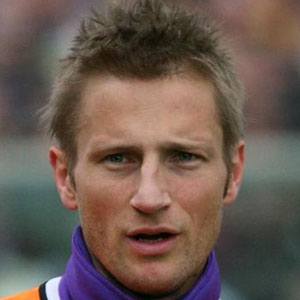 Versatile soccer player who has represented his native Denmark at the 1998, 2002 and 2010 FIFA World Cup. He won the Danish Cup title with Aarhus Gymnastikforening in 1996.

He began his youth career with IF Midtdjurs in 1979.

He was named Danish under-21 Player of the Year following his Danish Cup victory in 1996.

His older brother Mads Jorgensen is a retired soccer player.

He was teammates on the Dutch team with Daniel Agger at the 2010 FIFA World Cup.

Martin Jorgensen Is A Member Of