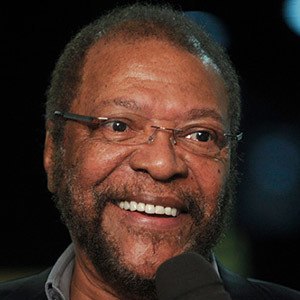 Brazilian singer who has put out albums such as Criações e Recriações and Escola de Samba Enredo Vila Isabel. He has released songs like "Casa de bamba" and "Pagode Da Saideira".

One of her initial musical releases was the 1969 album Martinho da Vila.

He has accrued over 350,000 followers on his martinhodavilaoficial Instagram account. He has been a member of the Brazilian Communist Party.

He has collaborated with singer-songwriter Chico Buarque.

Martinho da Vila Is A Member Of