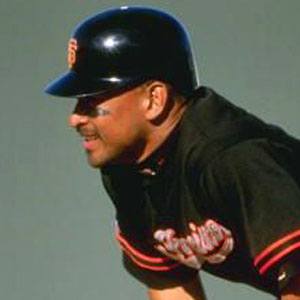 Former MLB outfielder who played his entire career with the San Francisco Giants, playing from 1995 to 2003. He made his lone World Series appearance with the team in 2002.

He and his family moved to Los Angeles from Nicaragua when he was 12 years old.

He received the Willie Mac Award for "spirit and leadership" in 1999.

Marvin Benard Is A Member Of