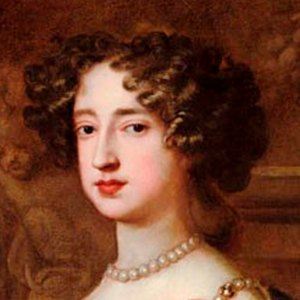 Queen of England who shared power with her husband William II from 1689 to 1694. She and her husband were both Protestants who came to power in the aftermath of the Glorious Revolution, which deposed her father James II and VII.

She was a popular Queen, both for her personality and for her marriage to a Protestant.

She served as an advisor to William II when he was in England, and ruled in his stead when he was away at war.

She miscarried early in her marriage, and had no children the rest of her life.

She was the daughter of King James II.

Mary II Of England Is A Member Of