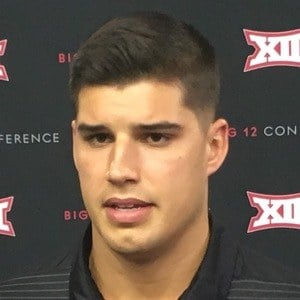 American football player who's known for playing quarterback for the NFL's Pittsburgh Steelers. He played college football for Oklahoma State University. In 2017 he was the recipient of both the Johnny Unitas Golden Arm Award and the Sammy Baugh trophy.

He was selected by the Pittsburgh Steelers in the third round of the 2018 NFL Draft.

He became teammates with Joshua Dobbs in 2018.

Mason Rudolph Is A Member Of