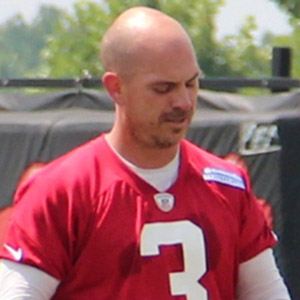 NFL kicker best known for his time with teams like the Tampa Bay Buccaneers and Atlanta Falcons. He was named as a Pro Bowl alternate as a member of the Falcons in 2010.

He went to college at Baylor and played in the Arena Football League and NFL Europe before making his official NFL debut with the New York Giants in 2002.

He is known for his philanthropy, founding the Matthew Tryson Bryant Foundation to raise awareness of Sudden Infant Death Syndrome.

He had six children with his wife, Melissa.

He was coached by Jon Gruden during his four-year stint with the Buccaneers.

Matt Bryant Is A Member Of