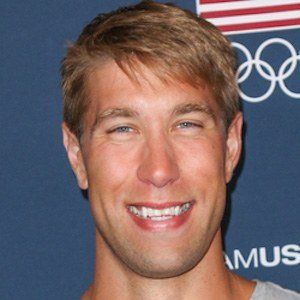 Swimmer who won a gold medal in 2012 while setting an Olympic record in the 100M backstroke.

He was a member of the Northwestern University swimming and diving team.

At the 2008 Olympics he was awarded gold medals for the 4x100 medley relay, and 4x100 freestyle relay, though he swam in the preliminaries, not the finals.

In 2012 he won another 4x100 medley relay gold medal, this time swimming in the final alongside Brendan Hansen, Nathan Adrian, and Michael Phelps.

Matt Grevers Is A Member Of