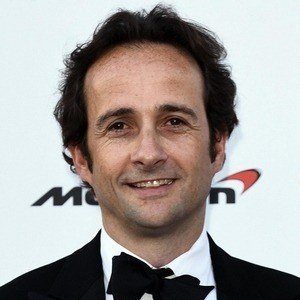 Restauranteur who is known for being the founder and CEO of Ignite Group, which owns and operates various restaurants and nightclubs worldwide. He is also known for being married to Ladies of London star Marissa Hermer.

He attended and graduated from Reading University in England. He began his professional career as an investment banker, before buying his first bar on a whim.

He owns the Bumpkin, Eclipse, and Boujis nightclubs that are frequented by celebrity clientele. In 2008, he was named the Restauranteur of the Year by Tatler Magazine.

He was born and raised in Cardiff, Wales. His father, Julius, was the town's lord mayor in 1987.

He proposed to his wife, Marissa, in 2009 while both were in their pajamas in their shared home.

Matt Hermer Is A Member Of