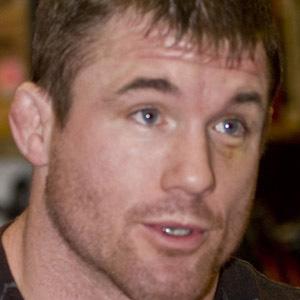 Former UFC Welterweight whose career spanned from 1998 to 2013. At 5'9" and 170, he was considered the top pound-for-pound MMA fighter in the world during his prime.

He was a two-time Division 1 All-American wrestler at Eastern Illinois University.

He was inducted into the UFC Hall of Fame after winning 45 fights, 17 by knockout and 18 by submission.

He had two daughters with his wife Audra.

At the time of his retirement, he had fought the second-most bouts in UFC history behind heavyweight Tito Ortiz.

Matt Hughes Is A Member Of