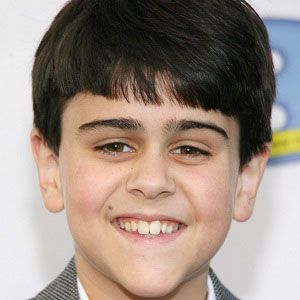 Famous for his childhood roles in Broadway productions of Beauty and the Beast, Mary Poppins, Elf, and The Addams Family, he is also notable for his series regular voice acting role on the animated television show Dora the Explorer.

He appeared in an episode of the TV series In Search Of when he was only five years old and made his Broadway debut in Beauty and the Beast at the age of seven.

He had guest spots on episodes of Modern Family, Psych, and The Daily Show.

He spent his early years in West Palm Beach, Florida.

He appeared with Edie McClurg in the 2014 feature film Theresa is a Mother.

Matthew Gumley Is A Member Of