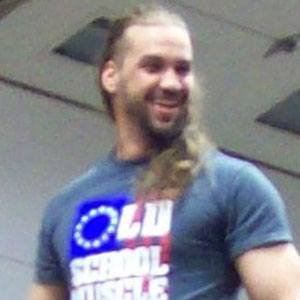 Ohio-born wrestler who became the champion of wrestling promotions like NWA East and New York Wrestling Connection. He is the co-founder of the Boro Barbell gym.

He was raised in Streetsboro, Ohio and began wrestling as a junior in high school.

He has appeared as an extra in films like Jack Reacher and Abduction.

His birth name is Matthew Hannan. He has brothers named Jon and Pete who are twins.

In his WWE television debut in June 2010, he faced Curt Hawkins.

Matthew Justice Is A Member Of