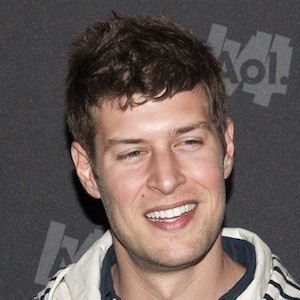 TV show host who co-hosted the show Max and Jason: Still Up. Their segments got them airtime on Anderson Cooper 360.

He went to the University of Miami where he studied film and psychology.

His mother has suffered from Alzheimer's disease.

He produced an experimental documentary film with Jason Silva called Textures of Selfhood.

Max Lugavere Is A Member Of