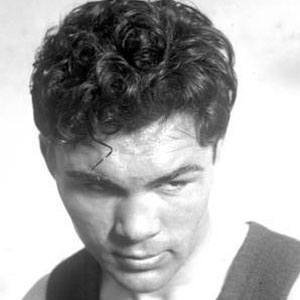 Storied fighter who became the world heavyweight champion in 1930, and held the title until 1932. His career record was 56-10-4, with 40 wins coming by way of knockout.

He became interested in boxing as a teenager, after his dad showed him some fight videos.

He earned the nickname Black Uhlan of the Rhine and in 2003, The Ring magazine ranked him 55th in their list of the 100 greatest punchers of all time.

He was married to actress Anny Ondra for 54 years, until her death.

He scored a notable knockout against up-and-coming sensation Joe Louis in 1936.

Max Schmeling Is A Member Of