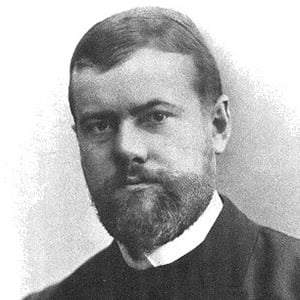 Best remembered for an important philosophical text titled The Protestant Ethic and the Spirit of Capitalism, this late 19th and early 20th-century thinker made important contributions to modern economic, religious, and political sociological theory.

Shortly after the conclusion of World War I, he became a founder of the German Democratic Party and attended the Paris Peace Conference, where he advised the authors of the Weimar Constitution.

He and his six younger siblings were born in Erfurt, Prussia (modern-day Germany) to Helene Fallenstein and civil servant Max Weber, Sr. In 1893, he married writer and activist Marianne Schnitger.

He was influenced by the work of fellow German philosopher Karl Marx.

Max Weber Is A Member Of