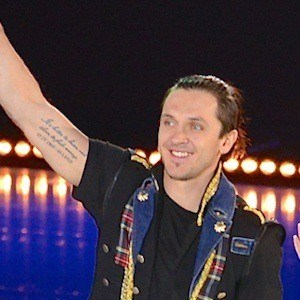 Figure skater who is a pair skater with his wife Tatiana Volosozhar. The two won the 2013 World Championship, and were two time winners at the 2014 Olympics in pair and teams events.

He won the 2007 Russian national championship with his former partner Maria Mukhortova.

He and Tatiana are the first pair skaters in history to win both the Olympics gold medal in pairs and in the inaugural team event.

His parents are Valentina and Leonid.

He and Evgeni Plushenko are figure skaters from Russia.

Maxim Trankov Is A Member Of